This page is dedicated to the memory of Wendell Jackson, “a young, bright student, a remarkable Denisonian with a wonderful energy about him,” and who “had an amazing ability to bring people together. He walked across this campus creating friendships with a huge spectrum of people. He saw differences as an opportunity to be challenged and to learn” (President Weinberg).

He left us too soon.  But it’s never too late to learn about suicidal thinking and save lives. 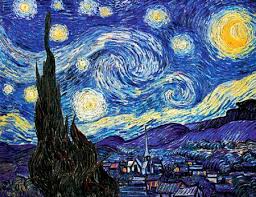 “Suicide is a complex malaise. Sociologists have shown that suicide rates vary with factors like war and unemployment; psychoanalysts argue that it is rage toward a loved one that is directed inward; psychiatrists see it as a biochemical imbalance. No one approach holds the answer: It’s all that and much more …”

“Each way to suicide is its own: intensely private, unknowable, and terrible. Suicide will have seemed to its perpetrator the last and best of bad possibilities, and any attempt by the living to chart this final terrain of life can be only a sketch, maddeningly incomplete.”

Novelist William Styron in Darkness Visible: A Memoir of Madness recounts his struggle with suicidal depression capturing vividly the heavy, inescapable pain that can lead to suicide: “What I had begun to discover is that, mysteriously and in ways that are totally remote from normal experience, the gray drizzle of horror induced by depression takes on the quality of physical pain. But it is not an immediately identifiable pain, like that of a broken limb. It may be more accurate to say that despair, owing to some evil trick played upon the sick brain by the inhabiting psyche, comes to resemble the diabolical discomfort of being imprisoned in a fiercely overheated room. And because no breeze stirs this cauldron, because there is no escape from this smothering confinement, it is entirely natural that the victim begins to think ceaselessly of oblivion.”

November of the Soul: The Enigma of Suicide by George Howe Holt

The Bell Jar and Poems by Sylvia Plath

The Sorrows of Young Werther by J.W. v. Goethe

Learning about suicide and suicide prevention

An inventory of the meaningful life.